There are many forms of alternative medicine; with some being more widely accepted than others. Ranging from the pharmaceutical industry to naturopathy, there is a multitude of compounds used for the treatment of a wide variety of ailments. Some of these compounds are extremely experimental, unregulated and even illegal! Psilocybin mushrooms and psilocybin therapy are a part of this class of treatment. This article’s intention is to dive deeper into what psilocybin therapy is, its pros and cons and how you can safely implement psilocybin therapy as part of an alternative medicine intervention.

What is Psilocybin Therapy?

Psilocybin has been shown to accelerate the healing process in many people for distressing emotional symptoms, such as depression, (OCD) obsessive-compulsive disorder, and anxiety. Psilocybin-assisted psychotherapy combines the therapeutic effects of psilocybin with the support of an experienced and trusted therapist. The psychotherapy component of psilocybin treatment allows the client to process what is earned through the psilocybin experience with the therapist, supporting the integration of these insights for lasting symptom relief.

The laws regarding psilocybin therapy and the compounds needed to administer it are becoming more relaxed as time progresses; however, this process is still in its infancy. To be clear, if you intend to use psilocybin compounds for any sort of medical intervention in the U.S., you are committing a crime. Most patients don’t want to have to break the law to treat their mental health condition. To ensure that you are not breaking the law, be sure to research and abide by your own local laws. CareClinic’s intention is to simply aid in understanding what psilocybin therapy is for educational purposes. Finally, psilocybin is a known treatment for anxiety; however, knowing you have a controlled substance may increase your unpleasant emotions, like paranoia, during an experience with psilocybin compounds.

Many different types of substances can have psychedelic effects. Some common psychedelic substance and their uses include:

How CareClinic Can Track Psilocybin Therapy

What Happens During Psilocybin Therapy?

In these first preparation sessions, the therapist and patient get to know each other and form a trusting relationship to feel supported and at ease during the psilocybin session.

The patient lies down on a bed in a comfortable room, designed specifically for the session. They receive a dose of psilocybin in a capsule. During the experience, patients listen to a specially designed music playlist and wear an eye mask, to help them focus internally. The psilocybin experience typically lasts 6-8 hours. A therapist and an assisting therapist are present throughout the session.

Patients are encouraged to discuss their experiences of the psilocybin session. With guidance from their therapist, the goal is for patients to generate their insights and ideas from the experience to change unhelpful emotional and behavioral patterns.

Meanwhile, there is no standardized method of administration and practice, individual practitioners have their methods for administering psychedelic therapy. However, there are often a few common elements:

During a psychedelic session, factors known as set and setting are critical. Set refers to things such as mood and expectations. Setting refers to the environment where the session takes place and the relationship with the therapist. The goal is to be comfortable with the therapist and the room where the session will take place. additionally, patients need to go into the experience feeling calm and attentive. After the psychedelic experience, the focus at the next step is a process known as integration. These psychotherapy sessions are designed to help the individual process, make sense of, and find meaning in the psychedelic experience.

One variation of psychedelic therapy is known as micro-dosing, which involves taking very small, sub-hallucinogenic doses of psychedelic substances. Proponents of micro-dosing suggest that even these very low doses can have beneficial health effects such as enhancing performance, increasing energy, and decreasing depression. While there is some evidence that micro-dosing may have some beneficial effects, more research is needed.

What Psychedelic Therapy can Help with?

Researchers have uncovered many potential applications for psychedelic therapy. Studies have found that anxiety, depression, substance use, alcohol use, and PTSD may all respond positively to psychedelic-assisted treatments.

Psychedelic therapy is also used for people who suffer from depression, here are some pros and cons of using magic mushrooms for depression.

The Pros of Using Psilocybin Therapy for Depression

Psychedelics are powerful substances that can produce profound mind-altering effects. People believe that those drugs work by affecting the neural circuits that use the neurotransmitter serotonin. Below is a list of some of the potential benefits of these substances:

Research demonstrates that relief lasted up to five weeks after two doses of psilocybin. Separate studies show that a single dose of psilocybin can lift anxiety and depression in cancer patients. In contrast, many depressed patients need to take antidepressants every day and/or attend therapy every week to get similar benefits. These forms of treatment can also continue for years.

According to Professor David Nutt of Imperial College London, “Our study has shown psilocybin is safe and fast-acting so may, if administered carefully, have value for these patients.”. In one study on magic mushrooms, all the depressed patients showed improvements after one week.

The fast-acting nature of psilocybin mushrooms for depression is attractive since antidepressant medication and/or therapy can take weeks before patients feel benefits. This can prove problematic if your depressive symptoms are severe. Self-harming behavior or suicidal thoughts call for immediate treatment.

Researchers state that magic mushrooms help depressed patients reconnect with their emotions. They contrast this effect with antidepressants, which relieve depression by dulling your emotions. Many patients who use antidepressants say they help reduce low mood, on the other hand, they blunt positive mood as well. This can leave you feeling numb or flat. Psilocybin seems to offer patients benefits by increasing emotional processing. After the psilocybin experiment, patients said they were more willing to accept emotions. They felt that previous treatments encouraged them to “reinforce emotional avoidance and disconnection.”

Side Effects of Psilocybin Therapy

The nature of psilocybin’s effects and its short-term use means there are few side effects. Magic mushrooms lack the side effects of various antidepressant medications, which often include:

CareClinic’s multiple care modules were made to aid in your pursuance of a healthy lifestyle – regardless of whether you are implementing a new lifestyle or simply trying to track your current one. Tracking psilocybin therapy is no different. One of the best ways to track the benefits and changes of psilocybin therapy on your mental state is using CareClinic’s Diary tracker. By noting the changes in your mental state, social experiences, and overall human experience while using psilocybin compounds, you are ensuring that you have a record of your treatment. From this, you may be able to glean additional personal insights from the treatment as you continue to be on treatment. On the contrary, CareClinic’s Diary tracker may also enable you to catch some of the negative side effects that may be occurring as a result of the psilocybin therapy, along with the Symptom tracker.

Using the Diary Tracker is fast and easy! Simply open the CareClinic app, select “Check-in” and “Diary Entry”. From here you are easily able to note anything you believe to be important to record as part of your psilocybin therapy journey.

It is also important to remember that while psychedelics can produce positive benefits for some people, for others it may cause symptoms like the following:

While psychedelic therapy is generally considered safe and well-tolerated, there are some potential risks and adverse effects. The classic psychedelics such as LSD and psilocybin can pose multiple risks in terms of physical or psychological dependence along with other risks such as the following:

Magic mushrooms are illegal in the U.S., including for clinical use, so patients with depression can’t receive the treatment outlined in the studies above unless they enroll in new experiments.

Magic mushrooms are legal in some countries, and you can even find ‘magic mushroom retreats’ in the Netherlands and Jamaica. These retreats don’t cater to people with depression, even though some people attend them for that reason. They’re also not controlled or structured in the same way psilocybin studies are and there may not be psychotherapists guiding the sessions. Finally, psilocybin is a known treatment for anxiety; however, knowing you have a controlled substance may increase your unpleasant emotions, like paranoia, during an experience with psilocybin compounds.

Researchers warn against people using magic mushrooms as a form of self-medication. This is because it involves some risks that you may not be able to cope with on your own. These include:

The potential for negative psychological reactions such as the symptoms of anxiety, panic, and paranoia is something to consider. The use of psychedelics can also result in what is known as a “bad trip.” These experiences are marked by intense and terrifying feelings of anxiety and the fear of losing control.

Some people suggested that these drugs may the potential to produce long-term mind-altering, personality-changing effects. For example, one study found that psilocybin therapy was associated with increases in extroversion and openness. These findings suggest that people may become more outgoing and willing to try new things after being treated with psilocybin-assisted therapy.

A potential concern is the possibility of people using psychedelic substances to self-treat. Self-treatment can pose some risks including the psychological dangers of experiencing a bad trip, the possibility of drug interactions, and the fact that many street drugs are mixed with unknown and potentially harmful substances.

After taking utilizing psilocybin therapy you might want to report some possible effects. As a matter of fact, with the several features the CareClinic app provides for its users, you can use the app to track all your daily symptoms; making it easy to see the progression of any symptoms that may be arising from psilocybin therapy. Below is a list of potential symptoms you might experience while using psilocybin compounds:

Using CareClinic as a Symptom tracker is as easy as opening the app, selecting “Plan”, Selecting the “+” in the top right-hand corner of the screen, and then “Symptom Check”. From this screen, you are able to note repeating symptoms and then set reminders to aid in tracking them consistently. After this is completed, all symptoms noted can be logged by using the “Check-in” tab.

Above all Psilocybin Therapy appears to be at least as effective as a conventional antidepressant, the effects of psilocybin vary between people, based on differences in the mental state and personality of the user and the immediate environment. This, in combination with the lack of scientific studies for widespread use, can make psilocybin therapy a wild card approach to mental health treatment.

Meanwhile, CareClinic hopes that you now have a theoretical understanding of how psilocybin compounds can be used in the treatment and implore you to both understand your local laws regarding psilocybin and consult with a health practitioner prior to self-administering any kind of health intervention. 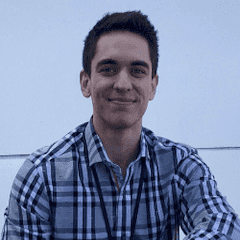 Shan Parhar
Shan is a graduate from the DeGroote School of Business with a passion for healthcare and healthy living. With experience in the pharmaceutical industry and having worked on a macronutrient-friendly meal preparation service, Shan’s deep interest for health and exercise science has led him to aid a multitude of people take hold of their personal health conditions. Moving forward, Shan will pursue his MSc in eHealth from McMaster University.

Latest posts by Shan Parhar (see all)
DOWNLOAD THE APP