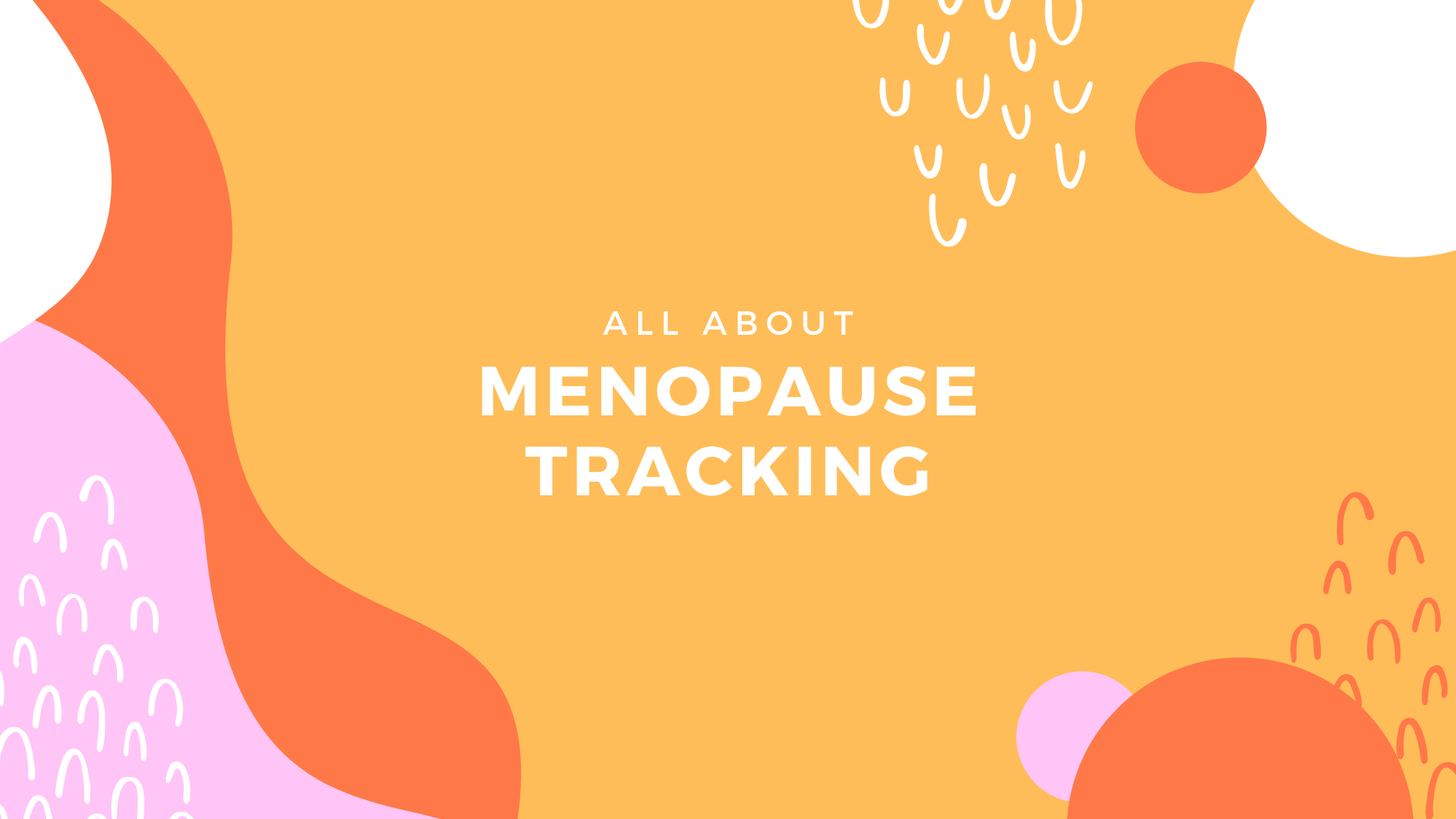 A woman’s body experiences many changes throughout the course of her life. One of the biggest and natural biological changes is when she enters menopause. Menopause is defined by the complete stop of a woman’s menstrual cycle, it is diagnosed when a menstrual cycle has not occurred for 12 months – the final menstrual period. The hormones estrogen and progesterone are responsible for a woman’s menstrual cycle, once the ovaries stop producing these hormones, menopause occurs. There are three stages to natural menopause: Perimenopause (menopausal transition), Menopause, and Postmenopause. In some cases, premature or early menopause may happen due to non-natural occurrences (i.e. surgery), or due to primary ovarian insufficiency. Using a menopause tracker app can help women to understand their bodies better, and to monitor changes to their mental and physical health before, during, and after menopause.

Perimenopause meaning ‘around menopause’, is also called the menopausal transition. Perimenopause is defined by reproductive and hormonal changes. During this phase, the ovaries start to produce fewer hormones, resulting in a fluctuation of estrogen and progesterone, and less testosterone. Perimenopause ends when menopause begins.

Women can begin perimenopause at different ages, with signs, such as period irregularity that it is progressing towards menopause in their 40s. Some women may notice changes as early as their mid-30s. Perimenopause can last until a woman experiences a full 12 months without a menstrual cycle, the point in which ovaries stop the release of eggs, this marks the start of menopause. (R) 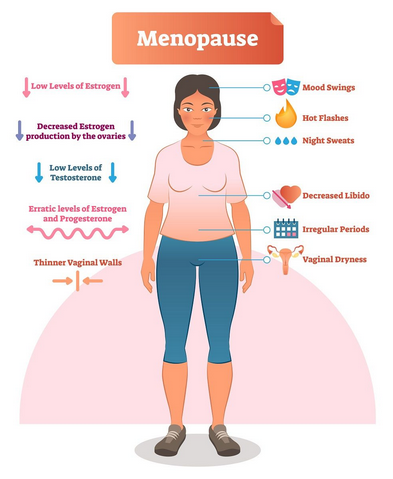 Women who are in perimenopause (menopausal transition) can experience some of the following symptoms (R):

On average, a woman’s menstrual cycle occurs every 24-38 days and can last from 2 – 8 days. For some women, this cycle can be predictable and some for women it may be off, leading to a missed period. The fluctuation of hormones in a woman’s body can disrupt their normal menstrual pattern. This change in hormones is why young girls go through puberty and why women in perimenopause experience irregular periods.

Some women in perimenopause experience erratic start/stop periods. This is when their period may come initially more frequently, every 3 weeks or so, and later on come only every few months. The erratic periods happen since ovulation is not occurring in every cycle. The hormone progesterone becomes deficient, as it is usually produced after ovulation and is required to counteract the actions of estrogen. There may be a change in period flow, the periods may be heavier and the menstrual blood may have a different appearance.

All the horrible symptoms of perimenopause that last for a few weeks, disappear then return weeks later, can be associated with erratic periods.

There are many causes for irregular periods, however, it is normal during perimenopause. It is important, however, to speak to your healthcare professional if you are experiencing bleeding that is very heavy or occurs more than every three weeks.

Menopause symptoms are considered to be the worst once perimenopause stops and menopause begins. However, there are many effective treatment options available for the physical symptoms of menopause; such as, lifestyle changes and hormone therapy. For mood changes, relaxation techniques such as meditation, a healthy lifestyle such as a healthy diet and a daily exercise routine. (R)

A woman has entered the menopause phase when she has gone 12 months without a menstrual cycle. In the United States, the average age for menopause is 51, however, it can also happen in the 40s and 50s. Although a lack of a menstrual period is expected during menopause, it is important to make sure that it is not from another reason, such as abnormal thyroid function or the use of birth control pills.

Postmenopause is the rest of life after a woman has gone through menopause, 12 months of not having a menstrual cycle. For many women the symptoms of menopause ease up or subside during this time, however, some women still continue to experience symptoms for up to a decade afterwards.

After menopause, women are at a greater risk for certain medical conditions as a result of lower-level estrogen. (R)

These conditions can include the following:

As every woman is different so are her risks, it is important to follow-up with a healthcare professional to take the necessary steps to reduce your individual risk.

Factors that may cause premature menopause include: (R)

Primary ovarian insufficiency is a disorder that causes women’s ovaries to stop working prematurely (before the age of 40). Many women when they are about 40 years old naturally experience reduced fertility. However, the usual age that egg production stops is around 50, when most women are in menopause. Although the disorder causes the ovaries to stop functioning properly, they can work occasionally. When the ovaries begin to release an egg – this can even result in a successful pregnancy. 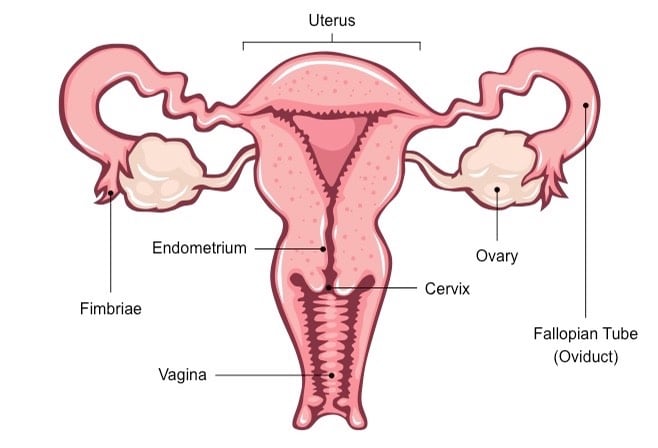 The signs and symptoms of primary ovarian insufficiency are similar to that of menopause and estrogen deficiency. (R)

It is not exactly known what causes primary ovarian insufficiency; however, there are some known causes including:

Being diagnosed with primary ovarian insufficiency may cause complications such as:

Keeping track of your menstrual cycle is especially important for health-related issues. Women and young girls should get into the habit of tracking their menstrual cycles. Thanks to technology and applications like CareClinic, women can keep track of more than just their cycles. The menopause app can help them track the length of their cycles, their symptoms, food cravings, mood, nutrition, exercise, and much more!

It is important for women and young girls to track their menstrual cycles, as it will allow them to be more in tune with their bodies. Once you are familiar with your body, you will be able to know when something is not right. In some cases, a number of women’s health issues can be discovered when there is a change in the menstrual cycle. Sometimes these issues can be unrelated to the reproductive organs.

It is also important for women to be tracking their menstrual cycle and symptoms as they approach their late 30s. It is important for women to track their menstrual cycle as it can prepare them for perimenopause, to understand if they are experiencing symptoms early (before the average age for perimenopause i.e. before the age of 45).

Irregular menstrual cycles can be a sign of hormone-related or thyroid-related issues, liver function, irritable bowel syndrome, diabetes, or any other health concerns. It is mainly alarming if there are multiple missed periods, and if the menstrual irregularity is combined with other symptoms.

It is possible for women to experience changes in their menstrual cycle or miss a period when they have lifestyle changes such as a new exercise routine, when they gain or lose a significant amount of weight, or experience an excessive amount of stress. These changes are all things that can be tracked on the CareClinic app so you have a better understanding of when there is a sign of irregularity in your menstrual cycle.

Preparation for next stage

There are three stages to natural menopause (premenopausal, perimenopausal, postmenopause), and it is important to be aware of each one and the symptoms and changes that each come with. Using a menopause tracker app can allow the user to keep themselves informed of what stage they are in, as well as, keeping their healthcare provider up to date as well.

It is important to track your perimenopause (menopausal transition) symptoms with a menopause tracker for the following reasons:

Users of the app can use a food symptom diary app to understand their bodies better and to monitor daily nutrition. This can allow the user to monitor their food habits, what they are eating. If they have developed any food sensitivities or digestive issues. As the user tracks their nutrition they can see if what they are eating causes a flareup in any of the menopause symptoms.

Users can also track any changes in their bowel movements to see if what they are eating is affecting this or if the changes are a result of menopause.

Some symptoms of perimenopause (menopausal transition) and menopause have physical and emotional changes. For example, hot flashes, weight gain, bloating, premenstrual symptoms, flow patterns, feelings of depression (are they worsening), anxiety, and changes in sexual function (is their vaginal discomfort). Users can use the menopause tracker to also create diary entries to monitor these symptoms.

As insomnia and trouble sleeping are symptoms, users can monitor changes in sleep duration, patterns, and quality during the premenopause, perimenopause (menopausal transition), and postmenopause stages by creating activity on the menopause tracker app.

Users can use the reports section in the menopause tracker app, to get a report to show them how everything they track correlates. For example, this can show the user if something they eat triggers or worsens a symptom. In addition, the user can also share these reports with their healthcare provider or doctor. Their care provider can be aware of what the user is experiencing and if they need further interventions. 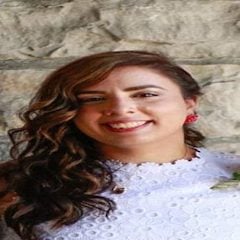 Sinem
Sinem is a graduate of Psychology from York University and post graduate of Alternative Dispute Resolution from Humber College. Previously a research and development facilitator for the NHS in England. Extensive experience in a range of different areas including data metrics, and analysis. She also has a background in Psychology and Conflict Resolution, with passion towards the optimization of mental health and wellbeing; using various self-help approaches such as the practice of yoga and meditation.

Latest posts by Sinem (see all)
GET THE FREE APP